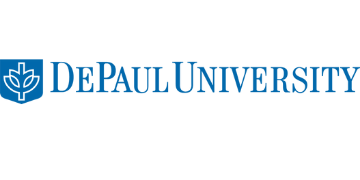 Full-time faculty positions will be posted on a per-opening basis. Postings are organized by college/school and department. Applicants will be evaluated at the college/school level for the position which they are submitting an application. Unless noted by a close date, positions will remain open until they are filled. Qualified applicants are encouraged to apply.

DePaul University invites expressions of interest for a pool of qualified Part Time Faculty to teach courses in a variety of disciplines across all 10 colleges and schools. Individuals may enter expressions of interest by submitting their credentials to any posting for which they are qualified to teach. Postings are organized by college/school and department. Screening of individuals in the pool is ongoing, depending on curricular need and funding. Individuals will be contacted by the department if they reach the finalist stage for teaching a particular course or set of courses. The pool will remain in place until the closing date specified in the posting details; those interested in remaining in the pool beyond that time must resubmit. All individuals in the pool will be notified by email when the posting is closed.

Below you will find the details for the posting including any supplementary documentation and questions you should review before applying for the opening or submitting your interest in teaching. To apply for the position, please click the Apply for this Job link/button.

Apply for this Job

The Department of Economics within the Driehaus College of Business at DePaul University invites expressions of interest in part-time faculty teaching opportunities. Part-time teaching opportunities are available throughout the academic year, including summer sessions for some departments. Applicants with expertise that matches course scheduling needs will be contacted for an interview. Academic course schedules fluctuate from quarter to quarter and the department will work with selected individuals to determine a quarterly schedule. Courses are not guaranteed; however the Department does its best to give ample notice about available courses and potential course cancellations.

The candidate must have demonstrated experience in working in teaching in an diverse learning environment.