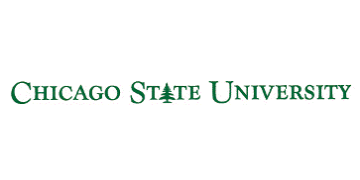 Chicago State University (CSU), the oldest public university in the Chicago metropolitan area, seeks a strategic and collaborative leader to serve as the Chief Financial Officer and Vice President of Financial Operations (CFO). The CFO will provide executive-level leadership to the university in the planning and management of core financial and operational functions. The position directly supervises the following seven positions: Associate Vice President of Human Resources / Chief Culture Officer, Director of Procurement, Executive Director of Budget and Resource Planning, Executive Director of Financial Affairs / Controller, Chief Information Officer, Director of Student Payment Services and Executive Assistant. The CFO reports directly to President Zaldwaynaka Scott and serves as a key member of her leadership team providing advice and counsel on all administrative, business and financial matters in support of the University's strategic plan.

Chicago State University is Illinois' only four-year U.S. Department of Education-designated Predominately Black Institution (PBI). CSU serves over 1,500 undergraduate students and nearly 900 graduate students. The university is a member of the Thurgood Marshall College Fund, a membership organization for public HBCUs and PBIs, and is a nationally accredited university with five colleges in Arts and Sciences, Business, Education, Health Sciences and Pharmacy. CSU proudly supports a diverse and non-traditional student population that hails from 28 countries and 36 states. CSU sponsors 15 sports and competes at the NCAA Division I level.

In ranking the nation's best universities for economic and social mobility, CSU ranked number two out of 103 colleges and universities in Illinois, and in the top four percent nationwide. According to a recent study, CSU is ranked first in Illinois and tied at second nationwide among public universities for equity in educating and supporting Black students. CSU has been transforming and renewing its campus to better support students. The university recently received $34 million in new capital funds from the State of Illinois. Some of the biggest capital projects will be the development of a new health professions simulation lab and the construction of the CSU Institute for Solutions for Urban Populations.

WittKieffer is assisting Chicago State University in this search. All applications, nominations and inquiries are invited. The review of candidates will begin immediately and remain open until the position is filled. Applications should include, as separate documents, a CV or resume and a letter of interest. A copy of the full leadership profile can be found here:
https://www.wittkieffer.com/position/24145-chief-financial-officer-and-vice-president-of-financial-operations/

Candidate materials should be submitted through WittKieffer's candidate portal:
https://candidateportal.wittkieffer.com/description?jobID=24145

Nominations and inquiries can be directed to: Jeff Compher and Kim Brettschneider at
[email protected]

Chicago State University opened its doors as a teacher training school in a leaky railroad freight car in Blue Island, Illinois on September 2, 1867. Today, in contrast, the university is a fully accredited public, urban institution located on 161-picturesque acres in a residential community on the Southside of Chicago. During the first year of its founding, CSU enrolled 62 students. The current student enrollment is nearly 7,200.

The path from then until now has been marked by change. During more than 140 years, CSU has changed its name, focus, governance and location. But with each transition, the university has kept sight of its educational mission and enhanced its services to Chicago and its surrounding communities.

Under the name of Cook County Normal School, the school found its first permanent home in 1870. Daniel S. Wentworth was the institution’s first principal. The original building contained 27 rooms and a model grammar school. A few years later, Cook County Normal School added a dormitory that earned it a jump in enrollment and a national reputation. The school was acquired by the Chicago Board of Education in 1897, and renamed Chicago Normal School. In 1913, it became Chicago Normal College, and still later Chicago Teachers College.

A major change, reflected in a broadening of the college’s curriculum, came in 1965, when control of the school passed into the hands of the State of Illinois. The revamped institution was renamed Illinois Teachers College: Chicago South. Soon after, the legislature acted to remove the title of “teachers college” from all state colleges and universities. In 1967, the school became Chicago State College. Throughout the 1960s, Chicago State expanded its academic programs and began to move toward fulfilling its new, more comprehensive role as a liberal arts institution. The school was renamed Chicago State University in 1971.

In November 1972, the university made the monumental move from its 6800 South Stewart Street campus, where it had been located for 102 years, to its present location at 9501 South King Drive, 12 miles from the Loop. A new student union and a 360-bed residence hall opened in August 1995, giving CSU students an opportunity to experience the convenience of living on campus in an enriched academic, social and cultural environment.

Today, CSU is governed by a Board of Trustees appointed by Governor of Illinois. The university’s five colleges- Health Sciences, Arts and Science, Business, Education, and Pharmacy - offer 36 undergraduate and 25 graduate degree-granting programs. In addition, CSU has a Division of Continuing Education and Non-Traditional Programs that reach out to the community with extension courses, distance learning and not-for-credit programs.

Thank you for considering Chicago State University as an employer of choice. You could be a part of one of the leading educational institutions in the state of Illinois. Chicago State University is a learning environment. Your knowledge, skills and abilities can serve our campus and community in variety of ways. We are Leaders, We are Educators, We are Life-long Learners and whatever you aspire to be.... We do it right here.