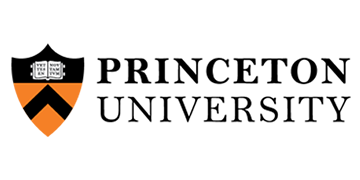 Dr. Robert A. Ellis, Jr. was born in 1927. He received his bachelor's degree in 1948 from Fisk University - a highly ranked historically black university, and received his master's degree in physics from Yale University in 1949. After receiving his master's degree, Dr. Ellis taught at Tennessee Agricultural and Industrial (A&I), later known as Tennessee State University - a historically black land-grant public university. He then went to earn his doctorate at the University of Iowa. In 1956, Dr. Ellis joined Project Matterhorn - a small group headed by Lyman Spitzer Jr. at Princeton University working on controlled fusion. Project Matterhorn would later become the Princeton Plasma Physics Laboratory (PPPL). Dr. Ellis became a key member of the team studying the magnetic confinement and heating of plasma in stellarators and in 1988 he was appointed head of experimental projects at PPPL. During his later years, he devoted much of his time to furthering international collaboration in science. He served as foreign secretary of the Advisory Committee on the USSR and Eastern Europe of the National Academy of Science, a member of the Science Advisory Committee for the NASA Research Laboratories, and head of the physics section of the International Atomic Energy Agency in Vienna. In 1984, he became the U.S. representative to the Commission on Plasma Physics of the International Union of Pure and Applied Physics.

Dr. Ellis was a pioneer in modern experimental plasma physics until his death on December 15, 1989. To his colleagues he is best known for his ability to come up with relevant information on almost any topic, and above all, his flashing wit. He also had a deep and gentle understanding of people-their hopes and ambitions, their motivations and frustrations.From NSBP honors (February 2020) and Physics Today (March 1991).

Are you interested in joining the world’s brightest talent in solving some of the world’s grandest scientific challenges of the 21st century? Princeton Plasma Physics Laboratory (PPPL) is doing just that! Whether it be through science, engineering, technology or professional services, every team member has an opportunity to make their mark on our world. PPPL aims to attract and support people with a rich variety of backgrounds, interests, experiences, and cultural viewpoints. We are committed to equity, diversity, and inclusion and believe that each member of our team contributes to our scientific mission in their own unique way. Come join us!

Princeton Plasma Physics Laboratory (PPPL) sponsors the Robert Ellis Fellowship Program. To advance the values of scientific excellence and leadership, this prestigious Fellowship is awarded to doctoral thesis students and post-doctoral researchers who are enthusiastic, passionate and have a deep interest and a strong desire to pursue a career in plasma physics or fusion science, computation, engineering or a related field. The program provides funding for a nominal two-year appointment with the possibility of extension to a third year (contingent upon favorable annual performance).

Student fellows from institutions interested in collaborating with PPPL / Princeton University can receive financial support pending identification of a PPPL/Princeton thesis co-advisor or mentor working collaboratively on a thesis topic of mutual interest to the student’s home institution, PPPL/Princeton, and the co-advisors. Postdoctoral fellows will be PPPL staff members exclusively. PPPL will provide the fellow with mentorship, training, professional development, and outreach opportunities to build a sense of community with PPPL and Princeton University colleagues and to launch a successful scientific career. The program also recognizes and supports researchers who can contribute to advancing the Laboratory’s diversity and inclusion efforts. The overarching intention of the program is to provide several pathways to a successful career in plasma physics and/or fusion.

The application is complete when all of the above items have been received. Applicants from historically underrepresented groups, including for example, women, underrepresented minorities (African-American/Black, Hispanic/Latino/American Indian/Alaskan Native), people with disabilities, and members of the LGBTQ+ community are especially encouraged to apply.

Princeton University is an Equal Opportunity/Affirmative Action Employer and all qualified applicants will receive consideration for employment without regard to age, race, color, religion, sex, sexual orientation, gender identity or expression, national origin, disability status, protected veteran status, or any other characteristic protected by law. EEO IS THE LAW

Please be aware that the Department of Energy (DOE) prohibits DOE employees and contractors from participation in certain foreign government talent recruitment programs. All PPPL employees are required to disclose any participation in a foreign government talent recruitment program and may be required to withdraw from such programs to remain employed under the DOE Contract.

Princeton University is a vibrant community of scholarship and learning that stands in the nation's service and the service of humanity. As a world-renowned research university, Princeton seeks to achieve the highest levels of distinction in the discovery and transmission of knowledge and understanding. At the same time, Princeton is distinctive among research universities in its commitment to undergraduate teaching. 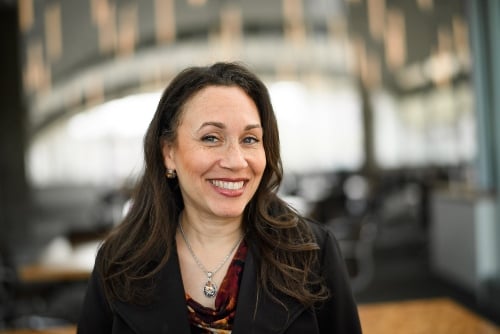 At Princeton, every member of our community plays an important role in our mission of teaching and research. That mission provides every faculty and staff member with the opportunity to make an impact bigger than oneself. Learn about working at Princeton and meet some of our wonderful employees.

When you make a commitment to our teaching and research mission, you will have access to the University’s world-renowned resources to help you succeed at work and in life. Discover the exceptional benefits and unique opportunities we offer as part of our commitment to you.

Life is complicated. At Princeton, we recognize that and are sensitive and responsive to the challenges our employees face. The University offers a broad array of benefits and services that help our staff in a variety of ways. 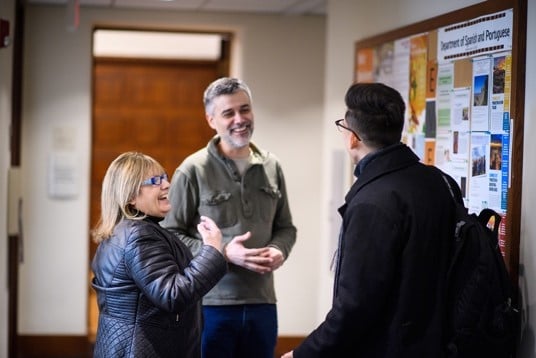 Whether you’re already part of our community or just getting to know us for the first time, we invite you to imagine the meaningful difference you can make while working at Princeton. For faculty member and academic professional opportunities, visit the Dean of the Faculty website. For staff member job openings and to join our Talent Network, visit our Careers website.