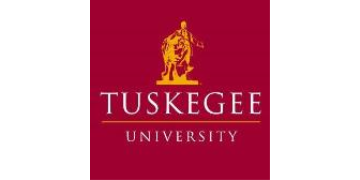 Special Qualifications
In keeping with the President’s commitment to Tuskegee University Becoming “One Tuskegee”, the ideal Library Stacks Coordinator will possess the willingness to use their expertise in transforming Tuskegee into a leading 21st century living and learning environment.

Provide stacks maintenance, support, and services at the reference deskGather, sort, and shelve booksShelf-read the stacks and other collections for proper call number orderAssist patrons in locating materials in the stacks .Use computer skills, specifically, library databases to provide information to students, faculty, and staffTrain new student workers to assist with stacks maintenance, locating, and reshelving booksCreate and maintain student assistants' work schedules, job assignments, and recordsParticipate in professional development trainingIdentify problems areas due to space, preservation, or organization and identify ways to correct the issueIdentify materials that are need of repairUpdate or replace call number signageHelp carry out shifting projects and maintain the cleanliness and order of stacksAnswer phone calls, reply to e-mail directed to the reference deskReport maintenance or security problems (lights out, broken furniture, etc.)Provide basic copy machine assistanceWork one night per week and Saturday and Sundays on a rotating basisPerform additional duties as assigned or requested

Bachelor's degree or equivalent experienceFamiliarity with the Library of Congress Classification SystemWorking knowledge of Microsoft Office productsTraining and/or experience working in an academic libraryStrong organizational skills and attention to detailExcellent interpersonal and communication skills, both written and oralAbility to push book truck, stoop, kneel, and reach high and low to shelve booksWillingness to learn new technologies and processes as needed. Must be a team player

**The statements contained in this job announcement reflect general details as necessary to describe the principal functions of this job, the level of knowledge and skill typically required and the scope of responsibility. It should not be considered an all-inclusive listing of work requirements. **

Applications are available at the following link:
https://www.tuskegee.edu/Content/Uploads/Tuskegee/files/HR/Fillable-TU-EMPLOYMENT-APPLICATION.pdf

Each applicant, including all current/existing employees, must complete and submit a Tuskegee University employment application, resume/CV, a list of (3) to (5) references (with detailed contact information) and copies of unofficial transcripts (official transcript(s) will be required upon hire). Applicants must meet the minimum qualifications and submit a completed application packet in order to be considered for the position. The University reserves the right not to fill the position in the event of budgetary or operational constraints. Application packets with missing information will be considered incomplete and will not be processed.