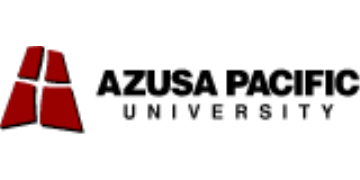 School/College: School of Visual and Performing Arts, College of the Arts

Azusa Pacific University is a comprehensive Christian university located 26 miles northeast of Los Angeles, California. As a leading Christian university in California, Azusa Pacific University grounds rigorous academics on a solid spiritual foundation. With an intentional focus on scholarship, faith integration, diversity, and internationalization, APU provides high-quality academic programs within a tight-knit community of disciples and scholars. APU is classified by the Carnegie Foundation as an R2 Doctoral University, recognizing APU’s high level of research activity. A leader in the Council for Christian Colleges & Universities, APU is committed to excellence in higher education. Offering more than 100 bachelor’s, master’s, and doctoral programs on campus, online, and at seven regional locations across Southern California, APU continues to be recognized annually as one of America’s Best Colleges by U.S. News & World Report.

Since its founding in 2013, the College of the Arts (COTA) has made significant strides in advancing our mission of being a premiere college focused on exceptional artistic development and the incorporation of authentic Christian faith. These dual aspirations extend and enrich our influence on culture. Through the innovation and dedication of COTA’s scholar-practitioner faculty, nearly 750 arts majors and 150 arts minors are shaped with the knowledge, skills, and abilities to follow their passion and fulfill their vocational calling across the disciplines of cinema, design, music, theater, animation, communication, and visual art.

Advance the APU mission, vision, and strategic plan.Maintain active professional scholarship.Ensure program compliance with State and Accreditation standards for Art education.Provide oversight assistance of assessment and revision, ensuring instruction is conducted with academic integrity and rigorSupervise assigned support staff. Participates in faculty recruitment and evaluationCollaborate with the College of the Arts, Graduate Studies Students Services, and Graduate Enrollment Services in matters of common concernMaintain ongoing relationships with the local art education community and the greater art education fieldCoordinate graduate class scheduling in art educationCoordinate adjunct faculty teaching in art educationManage the budget of the graduate art education areaSupport student success and retention by working with other team members, faculty and advisors, while maintaining confidentiality of vital information.Serve on University committees as assigned. May be needed to work at alternative Regional Campuses or Sites.Additional responsibilities include providing support for faith integration across the curriculum, having an on-going professional research agenda, and active participation in service to the University through committee participation, School and/or University level as well as service to the broader professional community. The ability to teach in a variety of instructional environments including: online, face-to-face, and hybrid formats is required. Must maintain ongoing connection and collaboration with the California Council for Teacher Education (CCTE) and other relevant professional education organizations. Other duties as assigned by the DeanIf being considered for the program director: the candidate must have prior fulltime higher education teaching experience. The program director will be responsible for coordinating with recruiting and admissions leadership, curricular updates and alignment with accreditation standards, course scheduling, and student advising.

Successful candidates will possess the following:

Ph.D or Ed.D, in Art Education. Record of strong scholarship, administrative experience, and excellent interpersonal skills required.A commitment to excellence in teaching and researchAbility to develop and evaluate new and existing programsActive engagement in Curriculum and Program developmentTransparent, collaborative leadership abilityA demonstrated, vibrant Christian faith compatible with the mission of Azusa Pacific University (Faculty members are required to sign a “Statement of Faith,” available at http://www.apu.edu/about/believe, and to adhere to the policies outlined in the Faculty Handbook)Demonstration of collegial teamwork, desire to collaborate with colleagues and contribute to the College of Music and the Arts, Graduate StudiesExperience with assistive technology tools and instructional strategies

Ability to integrate Christian values in all aspects.Ability to engage in critical thinking and exercise independent judgment.Ability to maintain confidentiality and manage confidential information.Ability to collaborate with other faculty and staff and maintain collegial relations.Self starter, ability to communicate effectively in written and oral form.

Candidates must align with Azusa Pacific University's Christian identity. Faculty members are expected to sign a Statement of Faith (available at http://www.apu.edu/about/believe), to adhere to the policies outlined in the Faculty Handbook, and to integrate the Christian faith in teaching and scholarship.

Azusa Pacific University is a Christ-centered, multicultural community that values and seeks faculty and staff who are committed to diversity, work effectively with diverse populations, and engage others in ways that honor our rich cultural mosaic and biblical foundation.

Azusa Pacific University does not discriminate on the basis of race, color, national origin, sex, age, disability, or status as a veteran in any of its policies, practices, or procedures. Women and minorities are encouraged to apply.

Developing disciples and scholars since 1899, Azusa Pacific is a comprehensive, Christian, evangelical university, committed to God First and known for excellence in higher education.

APU is committed to excellence in higher education. Offering over 80 bachelor’s, master’s and doctoral programs on campus, online, and at seven regional centers across Southern California, APU has been recognized asone of U.S.News & World Report's Best Colleges for seven years running.

The origins of Azusa Pacific University go back to 1899 when a group of spiritual leaders from various denominations met in Whittier, California. The first Bible college founded on the West Coast, the Training School for Christian Workers focused on preparing students for service and missionary endeavors. The initial class of students met March 3, 1900, with Mary A. Hill serving as the first president.

The institution then moved three times before settling in Huntington Park in 1907. In 1939, the Training School became Pacific Bible College and offered four-year degrees. Also in 1939, Cornelius P. Haggard, Th.D., emerged as the right choice to lead the school. Haggard’s early years as president were fraught with adversity—enrollment was down and donations from the prior year totaled only $27. Among his many accomplishments, Haggard launched a variety of innovative fundraising efforts, including the annual Dinner Rally that continues today. Haggard served for the next 36 years, achieving many significant milestones along the way. He served for 36 years until his death in 1975.

By the mid 1940s, Pacific Bible College had outgrown its Huntington Park campus. The Board of Trustees decided to purchase a 12-acre school for girls in the city of Azusa. Classes began on the new campus in 1947, and in 1956, the college’s name was changed to Azusa College.

After Haggard’s death, Paul E. Sago, Ph.D., became president, serving until 1989. Among his many accomplishments, Sago encouraged the development and growth of off-site educational regional centers throughout Southern California, and presided over the addition of master’s degree programs and the development of schools within the university.

Richard E. Felix, Ph.D., became president in 1990. Felix painted a vision of a flagship Christian university offering men and women an opportunity to earn not only bachelor’s and master’s degrees, but also doctorates. Felix was instrumental in initiating the university’s first three doctoral programs. This growth necessitated a renewed emphasis on the school’s historic Christian mission and priorities for community building and service. Felix reframed these values as the Cornerstones of the university—Christ, Scholarship, Community, and Service—and oversaw the construction of seven new buildings, a doubling of student enrollment, and the quadrupling of graduate programs. He announced his retirement in April 2000 after the celebration of the university’s centennial.

The Board of Trustees unanimously selected Executive Vice President Jon R. Wallace, DBA, to follow Felix as the 16th president of Azusa Pacific, effective November 27, 2000. New programs under his tenure include the Master of Fine Arts, Master of Social Work, and Ph.D. in Nursing. Spurred by Wallace’s vision to be known first as a Christ-centered institution, today Azusa Pacific University seeks to offer transformational scholarship opportunities within the context of life-giving community and is dedicated to the practice of selfless service. This understanding of APU’s Cornerstones guides the university in all its programs and actions.

In addition, Wallace’s vision emphasizes a commitment to partner with the local community and send students out of the classroom to learn. The Neighborhood Wellness Center, for example, is a university-run clinic that brings student nursing services to the public, and the Azusa Reads Program enlists students to teach local children how to read. The High Sierra Semester (formerly Great Works Program) debuted fall 2001, offering students an opportunity to study classic Western art, music, and thought in the scenic setting of the Sierra Nevada mountains. APU also offers the Los Angeles Term, Azusa Oxford Program, the South Africa Semester, and more than 40 other national and international study opportunities.

Wallace has also overseen the completion of the on-campus residence facility, Trinity Hall, and the John and Marilyn Duke Academic Complex, both in 2003. The Duke Academic Complex added additional classroom and office space, and houses the Noel Academy for Strengths-Based Leadership and Education, the School of Theology and its library, and more.