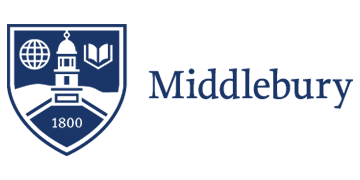 Middlebury College is looking to bring on an additional full time cook to help meet the dining needs of our students and staff. Candidates should have previous cooking experience, but we will train the right candidate. Must be available evenings and weekends

As an employee of Middlebury College, you will enjoy being part of a vibrant supportive community. Middlebury Colleges offers its employees excellent compensation and competitive health, dental, life, disability, generous retirement matching, and vision benefits, Middlebury offers a generous time-away program - up to 34 days per year during the first two years of service, increasing as the term of service lengthens. Middlebury employees are eligible for robust educational assistance programs as well as free or reduced rates for cultural events and use of sporting facilities (including the College's golf course and Nordic and alpine ski area). The result is a very high quality-of-life in a gorgeous setting.
Come join us and be a part of our team!

Competitive salary based on experience.

For more information and to apply please contact: Chris Laframboise at 802-443-5713 or email [email protected]

Middlebury is one of the country's top liberal arts colleges. It offers its students a broad curriculum embracing the arts, humanities, literature, foreign languages, social sciences, and natural sciences. Middlebury is an institution with a long-standing international focus, a place where education reflects a sense of looking outward, and a realization that the traditional insularity of the United States is something of the past. We seek to bring to Middlebury those who wish not only to learn about themselves and their own traditions, but also to see beyond the bounds of class, culture, region, or nation. Indeed, the central purpose of a Middlebury education is precisely to transcend oneself and one's own concerns. This transcendence may come for some through the study of other cultures; for some through the study of the environment; for others it will come through inquiry into such fields as physics or philosophy, mathematics or music.

Middlebury's undergraduate college is enriched by its other programs. Every summer, the main campus in Vermont is transformed into an institution single-mindedly devoted to the study of nine foreign languages and cultures, and the use of English is virtually banned for the participants, among whom are many Middlebury undergraduates. In the Green Mountains lies Middlebury's Bread Loaf campus, where for six weeks each summer the Bread Loaf School of English is in session. This is followed by the Bread Loaf Writers' Conference, which brings together 200 authors and aspiring authors for 11 days of intensive exchange about the art of writing. The Bread Loaf School of English is in session each summer not only in Middlebury but also at Lincoln College, Oxford, in the United Kingdom; at St. John's College in Santa Fe, New Mexico; and at the University of North Carolina at Asheville.