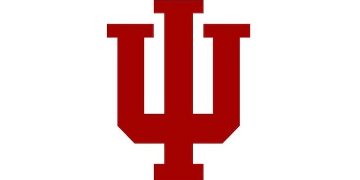 A thriving research university located in downtown Indianapolis with 27,690 undergraduate and graduate students, IUPUI seeks a forward-thinking leader with the skill to develop inventive, analytically rigorous, and technically sophisticated enrollment plans in a fast-paced, deadline-driven, and complex environment. The Vice Chancellor reports to the Executive Vice Chancellor/Chief Academic Officer and serves as a member of the Chancellor's Cabinet and the Council of Deans. The Vice Chancellor oversees the Division of Enrollment Management, which is part of Academic Affairs and includes Undergraduate Admissions, Registrar, Office for Veterans and Military Personnel, Student Financial Services, and Enrollment Strategy and Insights. In addition to IUPUI, the Division of Enrollment Management provides strategic support for the recruitment, enrollment and retention efforts for Indiana University’s two regional centers: Indiana University Fort Wayne and IUPUC.

Diversity is at the core of the culture at IUPUI, and the successful candidate will be committed to fostering a welcoming, inclusive, and equitable environment within the division as well as in support of IUPUI students. The Vice Chancellor will possess a proven record of advancing diversity, equity, and inclusion priorities; excellent verbal and written communication skills; demonstrated success in managing a multifaceted enrollment operation; and advanced skills in strategic thinking, problem solving, organization, and project management.

The successful candidate must also have a history of building strong collaborative partnerships. This will be key to their success at IUPUI. Therefore, it is important that the successful candidate continue strengthening Enrollment Management’s relationship with on-campus partners including academic units; Division of Undergraduate Education; Student Affairs; Diversity, Equity, and Inclusion (DEI); International Affairs; Community Engagement; and the Graduate School to name a few.

IUPUI is Indiana’s premier urban research campus and a recognized national leader in health and life sciences research, civic engagement, service learning, and the first‐year experience. Created in 1969 as a partnership between Indiana and Purdue Universities, IUPUI is one of the seven campuses of Indiana University.

From the start, IUPUI was designed to be an integral part of a revived Indianapolis, which has grown to become the 15th-largest city in the nation. Many separately located schools were gathered to form a new campus on 512 acres immediately adjoining a lively downtown. The city of Indianapolis is known for its ‘Hoosier Hospitality’ and all the excitement and fanfare associated with the Indianapolis 500 Motor Speedway, as well as professional and collegiate sports. It has the largest children’s museum in the world, as well as a collection of monuments and memorials that is only surpassed by our nation’s capital. Indianapolis has also gained acclaim for its deep roots in the music industry including jazz and R&B, a flourishing culinary and brewing scene, and thriving cultural institutions. IUPUI has been a major contributor to the city’s ascendency, just as the city’s cultural development, high quality of life, and reasonable cost of living have helped IUPUI attract outstanding faculty, staff, and students.

All applications, nominations and inquiries are invited. Applications should include, as two separate documents, a CV or resume and a letter of interest addressing the themes in the leadership profile which can be found at www.wittkieffer.com. Professional references are not requested at this time.

WittKieffer is assisting IUPUI in this search. For fullest consideration, candidate materials should be received by June 3, 2022.

Nominations and inquiries can be directed to:

IUPUI is an equal opportunity and affirmative action employer and a provider of American Disabilities Act services. All qualified applicants will receive consideration for employment without regard to age, ethnicity, color, race, religion, sex, sexual orientation or identity, marital status, national origin, disability status, or protected veteran status. Indiana University does not discriminate on the basis of sex in its educational programs and activities, including employment and admission, as required by Title IX.