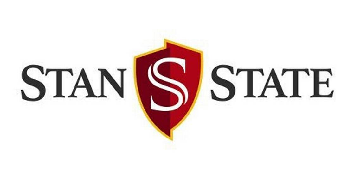 The University is part of California State University (CSU), a 23-campus system across California. With more than 480,000 students, it is the largest, the most diverse, and one of the most affordable university systems in the country. CSU campuses emphasize access to quality public higher education and workforce preparation that is responsive to regional needs.

Widely recognized for its quality academic programs, Stanislaus State has 10 nationally accredited programs and more than 300 full-time faculty. Over 80% of full-time faculty members hold doctorates or terminal degrees in their fields. The University, comprised of four colleges, offers a rich mix of 43 undergraduate programs, 16 master’s programs, seven post-graduate credentials, and a doctorate in educational leadership. New instructional facilities have been built for the unique pedagogy of professional programs, laboratory sciences, and performing arts.

The Dean of University Extended Education and International Education (UEEIE) reports directly to the Provost and Vice President for Academic Affairs and leads and coordinates multi-site, multidiscipline extended education, summer and winter session programs, and international experiences for both traditional and non-traditional students. Working closely with the Stockton Campus and main campus constituents, the Dean will set the vision for the future of the programs, and build and develop additional exchange options, faculty-led programs and University specific international partnerships that provide students with increased choices to enhance their academic and cultural experiences.

To ensure full consideration, completed applications are due by February 21, 2022. The search page, which includes the Executive Search Profile and application and nomination links, is located here.

CSU Stanislaus is being assisted with this search by RH Perry & Associates, a national executive search firm. All communications may be directed in confidence to Mr. Thomas K. DaRin, Senior Consultant, at (585) 451-9385 or Mr. Paul Doeg, President and Chief Operating Officer at (406) 220-2129, or to [email protected].

The California State Legislature established Stanislaus State College in 1957 as the 15th campus of the California State University (CSU) system. The first classes were conducted in September 1960 in buildings at the Stanislaus County Fairgrounds in Turlock, located in the state’s fertile Central Valley. The college moved 1.5 miles north in 1965 to its permanent 228-acre site following construction of its first major facilities. The picturesque current site of the University is graced by 35 modern buildings, and with more than 4,500 trees, representing 50 species, it is the region’s largest designated urban forest.

The initial classroom building housed facilities for art, music, drama and the sciences in addition to providing classrooms for lectures. The library, a companion project to the classroom building, was later named the Vasché Library in memory of the university's founding president, Dr. J. Burton Vasché. In 1985, the college was officially renamed California State University, Stanislaus by action of the State Legislature and the Board of Trustees of the California State University. A renovation of the Vasché Library is in the design stages. In addition, a student funded $52 million student center renovation project is underway, with the new facility scheduled to open in spring, 2020.

Our 10,003 students (8,521 FTEs) are served by 1,896 employees, including 645 faculty (252 tenure or tenure track), providing a student-to-faculty ratio of 22:1 and a tenure density of 60.4%. More than 80% of full-time faculty members hold doctorates or terminal degrees in their fields. The University’s primary service area is a 10,000-square-mile region that encompasses Stanislaus, San Joaquin, Merced, Mariposa, Tuolumne, and Calaveras Counties. Widely recognized for its quality academic programs, Stanislaus State is regionally accredited by the Western Association of Schools and Colleges and has earned 12 specialized accreditations, including the College of Business Administration, College of Education, Kinesiology and Social Work, and nursing, art, theater and music programs

Serving the San Joaquin Valley, the University is a critical educational resource for the six-county region of approximately 1.5 million people. The University offers a rich mix of 43 undergraduate majors and 23 graduate programs (15 master’s programs, seven post-graduate credentials and a doctorate in educational leadership).

Stanislaus State also operates an off-campus center at University Park in Stockton, 43 miles northwest of the main campus, with a current enrollment of almost 650 students.

In 2009, the Board of Trustees approved the new Campus Master Plan Revision and certified the Final Environmental Impact Report, which had not been reevaluated since 1968.  The new master plan envisions the future growth of the campus to serve 12,000 FTE students, while maintaining the quality and character of the campus environment.

Home of the Warriors, Stanislaus State fields 14 men’s and women’s athletic teams that compete at the NCAA Division II level. The Warriors have claimed 12 national championships in men’s golf and two in baseball, in addition to the 24 individual national titles won by Warrior athletes.

Over the years, Stanislaus State has developed into a major presence in the region and continues to play a prominent role in the economy of the Central Valley.