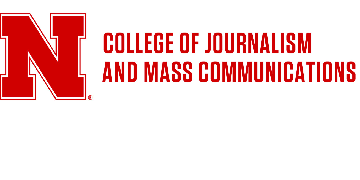 The Career Development Specialist will serve students in the College of Journalism and Mass Communications to increase their understanding of and preparation for quality internships and post-graduation opportunities. Primarily, the Career Development Specialist will build and maintain relationships with students, faculty, employers and alumni to develop internship and career placement opportunities for students. He or she will facilitate students’ self-exploration of career interests and coach students in identifying and applying for internships and post-graduation employment. Through direct interaction with students in 1-1 advising sessions, classroom and student organization presentations, and teaching of a career development course, the Career Development Specialist will help students develop the ability to articulate their skills and qualifications in their resumes, cover letters, and interviews. He or she will be responsible to develop and coordinate projects and programming related to college-specific career fairs and media tours. The Career Development specialist will collaborate with faculty in the College as well as UNL Career Services to help inform and guide this work and assist UNL Career Services in activities related to university-wide career services as needed.

Minimum qualifications include:
Bachelor’s degree plus 2 years of experience in university or other education setting, including 1:1 student interactions, preferable with career or academic advising or 2 years of industry experience in fields related to journalism and mass communications required. A relevant Master’s degree may substitute for experience. Must have demonstrated organization and time management skills. Excellent verbal and written communication skills necessary. Experience with public speaking required. Experience must demonstrate an ability to learn and translate extensive career information, policies and procedures. Proficiency with Microsoft Office and databases essential. Ability to both collaborate and self-manage necessary.

The University of Nebraska-Lincoln is an EO/AA employer and encourages minorities, women, veterans, and individuals with disabilities to apply.

Working at University of Nebraska-Lincoln

For 150 Years, A Leader in Higher Education
Always a place of high ambition, University of Nebraska was one of the first institutions west of the Mississippi River to award doctoral degrees - the first was granted in 1896. The University of Nebraska established the world's first undergraduate psychology laboratory. The discipline of ecology was born here, and the campuses reflect that tradition, being recognized as botanical gardens and arboreta. An early institutional interest in literature and the arts provided the foundations for today's Prairie Schooner literary magazine, for the University of Nebraska Press, and for the Sheldon Museum of Art, which houses one of the world's most significant collections of 20th century American art.

Today, Nebraska is one of the nation's leading teaching institutions, and a research leader with a wide array of grant-funded projects aimed at broadening knowledge in the sciences and humanities. Nebraska is also a land-grant university and a member of the Association of Public and Land-grant Universities (APLU). The university is accredited by the Higher Learning Commission of the North Central Association of Colleges and Schools.

Diversity and Inclusion
In the spirit of the phrase "Every Interaction Matters", UNL has an enacted commitment to diversity and inclusive excellence for our faculty, staff, and students. On our campus, diversity and inclusion are important priorities. Examples include: Husker Dialogues, which is an event that helps first-year students focus on diversity and inclusion and practice handling difficult conversations around difference; three Chancellor's Diversity Commissions that are charged with informing and advising the Chancellor and addressing issues of constituent campus communities; and the establishment of the Office of Diversity and Inclusion whose leader operates at the Vice Chancellor level. At the University of Nebraska-Lincoln, we strive for excellence in all that we do. True excellence requires that each individual be able to work and learn in an atmosphere of respect, dignity, and belonging. Our commitment to diversity and inclusion requires each of us to continuously ensure our interactions are respectful, protect free speech, and inspire academic freedom.

About Lincoln
The University of Nebraska-Lincoln is located in an up-and-coming and safe city of 300,000 people that has many of the cultural and entertainment benefits of a much larger city, with the feel of a friendly Midwestern community. The Pinnacle Bank Arena, opened in 2013, routinely hosts major touring acts. A buzzing entertainment district, the Railyard, connects the arena area to the Historic Haymarket. Cuisines from all continents provide the entree to dynamic urban nightlife and a wide variety of ways to enjoy time with friends. Nebraska's City Campus is one with Lincoln's city center, as it has been since the university was founded.Lincoln has more parkland per capita than Austin, Texas; Portland, Oregon; and all but a handful of U.S. cities. The well-manicured Pioneers Park, the native woods of Wilderness Park and the open grassland of Nine-Mile Prairie are each within a 10-minute trip from campus. Connecting many of these parks is an extensive trails network.