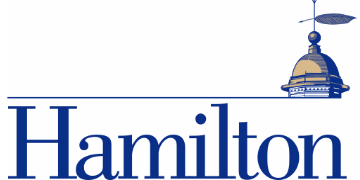 This is a non-exempt part time position with a 75% work schedule (1365 hours per year).  Full time (35 hours per week) during the academic year with summers off.

Degree from an accredited school of nursing.  Current license to practice in New York State and BLS certification and a minimum of 5 years’ experience in nursing required.

Equivalent combination of education and experience will be considered.

Please submit cover letter, resume and contact information for three professional references.  Consideration of candidates will begin immediately and continue until the position is filled.

Hamilton College is one of the nation’s leading liberal arts colleges. It is independent, highly selective, coeducational and residential. Originally founded in 1793 as the Hamilton-Oneida Academy and chartered in 1812 as the third oldest college in New York State, Hamilton is today composed of 1,850 students from nearly all 50 states and 50 countries. It is distinguished by a faculty of 190 men and women dedicated to teaching and scholarship, by rigorous academic programs, by an emphasis on teaching students to write well and speak persuasively, and by a commitment to diversity in its broadest sense. The College, with an endowment nearing $1 billion (October 2017), is need-blind in admission and has invested more than $265 million in new and renovated facilities in the past dozen years.

Hamilton is located on a wooded 1,350-acre hilltop campus overlooking the New England-style Village of Clinton, New York, in close proximity to the Adirondack Park, where hiking, skiing, fishing, boating and snowmobiling abound. The campus is within a 4-5 hour drive of New York, Boston, Toronto and Philadelphia, and there is a rich variety of cultural opportunities on campus and in nearby Utica (10 minutes), Syracuse (45 minutes) and Cooperstown (55 minutes).

As a national leader for teaching students to write effectively, learn from each other and think for themselves, Hamilton produces graduates who have the knowledge, skills and confidence to make their voices heard on issues of importance to their communities and the world. Additional information about Hamilton can be found at hamilton.edu/facts.

Hamilton College is an Affirmative Action, Equal Opportunity employer committed to attracting diverse and interesting people to its community.