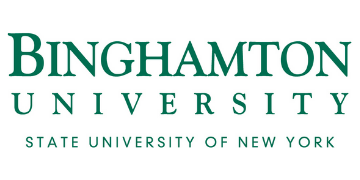 The Art History Department at Binghamton University invites applications for a tenure-track assistant professor position in Pre-Modern (pre-1750) Art History to begin Fall 2022. We seek a colleague who shares our commitment to new theoretical perspectives and cross-disciplinary approaches to the history of art, architecture, and the broader field of visual culture and will introduce emergent areas of study, including but not limited to: cultures of empire; digital art histories; the materiality and cultures of making in artworks and buildings; and race and representation in the pre-modern world. We are particularly interested in candidates whose scholarship embraces transregional and interdisciplinary approaches; whose pedagogy promotes student engagement and supports a vibrant PhD program; and who would welcome the opportunity to participate in the interdisciplinary life of the University and work collaboratively with their colleagues in Art History as well as in other departments and programs, including the Center for Medieval and Renaissance Studies and the Material and Visual Worlds Transdisciplinary Area of Excellence. This position is part of Binghamton's multiyear cluster hire initiative in Arts Practice, Performance and Research in the 21st Century; for more information, see https://www.binghamton.edu/harpur/research/cluster-hire.html.

The Art History Department acknowledges that our field has emerged from colonial and Eurocentric systems of knowledge and is working actively to grapple with that legacy through our research, pedagogy, and programming. We invite applications from colleagues who share that goal in their scholarship, teaching, and professional activities. The State University of New York is an Equal Opportunity/Affirmative Action Employer.

Message on working at Binghamton University from President Harvey Stenger

Binghamton University opened its doors as Triple Cities College in 1946, to serve the needs of local veterans returning from service in World War II. Originally located in Endicott, N.Y., five miles west of the present campus, the fledgling school was a branch of Syracuse University.

Four years later, the college was incorporated into the State University of New York (SUNY) and renamed Harpur College in honor of Robert Harpur, a Colonial teacher, patriot and pioneer who helped settle the area west of Binghamton.

In 1961, the campus moved across the Susquehanna River to Vestal. Growing enrollment and a reputation for excellence soon led to the selection of Harpur College as one of four doctorate-granting University Centers in the SUNY system.

In 1965, the campus was formally designated the State University of New York at Binghamton, and in 1992, Binghamton University was adopted as our informal name.

Binghamton University is a premier public university dedicated to enriching the lives of people in the region, state, nation and world through discovery and education and to being enriched by partnerships with those communities.

Binghamton as an institution is dedicated to higher education, one that combines an international reputation for graduate education, research, scholarship and creative endeavor with the best undergraduate programs available at any public university.

We are an academically selective community that shares ideas across departments, disciplines and borders. We encourage faculty, students and staff to ask unexpected questions, foster open dialog and develop innovative solutions to important problems.