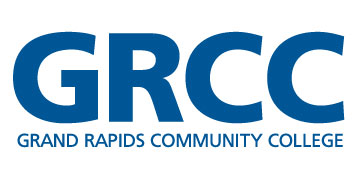 Grand Rapids Community College is only accepting online applications for this position via our website at https://www.grcc.edu/jobs Please include your resume and cover letter in one document; unofficial transcripts; and three letters of recommendation, which you may upload yourself or have your supporters e-mail to the Hiring Team at [email protected] Individuals with diverse backgrounds are encouraged to apply. Grand Rapids Community College is an Equal Opportunity Employer.

Grand Rapids Community College creates an inclusive learning and working environment that recognizes the value and dignity of each person. It is the policy and practice of GRCC to provide equal educational and employment opportunities regardless of age, race, color, religion, marital status, sex/gender, pregnancy, sexual orientation, gender identity, gender expression, height, weight, national origin, disability, political affiliation, familial status, veteran status or genetics in all programs, activities, services, employment and advancement including admissions to, access to, treatment in, or compensation in employment as required by state and federal law. GRCC is committed to reviewing all aspects of GRCC programs, activities, services and employment, including recruitment, selection, retention and promotion to identify and eliminate barriers in order to prevent discrimination on the basis of the listed protected characteristics. The college will not tolerate any form of retaliation against any person for bringing charges of discrimination or participating in an investigation. Further information may be obtained from the EEO Office or the Office of General Counsel, 143 Bostwick Avenue NE, Grand Rapids, MI 49503-3295.

Grand Rapids Junior College (GRJC) was founded in 1914 by the Grand Rapids Board of Education after a resolution was passed by the University of Michigan’s faculty which encouraged the establishment of junior colleges in Michigan.

In Winter 2010, more than 17,000 students enrolled in more than 1,900 liberal arts and occupational courses. The diverse student body represents students from Kent and surrounding counties as well as students from across the U.S. and 22 other nations. Another 10,000 learners are served by non-credit instructional opportunities. In addition to traditional classroom environments, students may also receive instruction through community and distant service-learning offerings, seminars, workshops, training classes, distance learning options and other educational formats. GRCC employs a faculty of more than 260 full-time and 590 part-time members as well as a staff of 430, all of whom are focused on the College’s priorities to be student-centered, collaborative, and flexible. Throughout its 90-year history of academic excellence, GRCC has maintained a solid reputation as a premier transfer institution and is nationally recognized for both its liberal arts and occupational programs. Many GRCC faculty members have been recognized regionally and nationally for their expertise and innovative teaching styles.