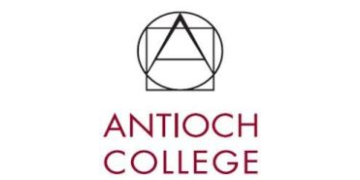 Apply now
You need to sign in or create an account to save a job.
Send job

Antioch College is seeking applications for a tenure-track position in psychology to begin August 15, 2022.

Candidates should demonstrate a commitment to rigorous undergraduate education and the ability to develop innovative and interdisciplinary courses in psychology. Candidates should also be prepared to teach within a Self-Designed Major curriculum that emphasizes the links between academic knowledge and experiential/applied learning. The teaching load for this position is six courses per academic year on the 2-2-2 quarter system, with some flexibility in the load distribution through optional one-month block courses. The successful candidate will have broad training in psychology and will be able to teach a range of psychology courses, including survey courses (e.g. General Psychology) and courses in their areas of specialization. Scholars with critically oriented and interdisciplinary research agendas are highly desired. Topical areas of specialization include (but are not limited to): psychopathology, theories of psychotherapy, human sexuality and gender, race and ethnicity, identity, social and political factors in mental health, culturally-sensitive interventions, and psychological tests and assessments. In addition to offering courses within the discipline, the candidate is expected to contribute to a collaborative General Education Program. The successful candidate is expected to maintain an active research agenda, participate in program development, provide academic advising, guide students in developing their Self-Designed Majors, and oversee Senior Capstone Projects.

Antioch College was founded as a new kind of American college, a place where students seek to “win victories for humanity” and engage in real-world problem solving in the classroom, campus and community, and through our renowned cooperative education program. Through participatory learning and work-based education, students develop and put their ideas into practice. Guided by talented teachers and mentors, students own their education through a robust Self-Designed Major program that encourages students to explore the transdisciplinary spaces within and between the humanities, sciences, arts, and social sciences.

Antioch College embraces diversity as a core value, and considers it fundamental to excellence in education. We are an educational community dedicated to the pursuit of social justice that intentionally and consistently supports diverse and inclusive practices. We seek candidates who can contribute to Antioch’s mission through curricular development and innovation that fosters social justice, cultural competencies and understanding of diversity. Antioch College is located in the village of Yellow Springs, Ohio – a vibrant progressive community nestled between two nature preserves. Yellow Springs is located 55 miles from the fast-growing city of Columbus, Ohio, and 30 miles from the Dayton metro area.

Antioch College is an equal opportunity employer; the college offers employment, advancement opportunities, and benefits in a harassment-free environment on the basis of merit, qualifications and competency to all individuals without regard to race, color, religion, creed, age, sex, gender identity, national origin, handicap, sexual orientation or covered veteran status.

Applicants must email all required materials to [email protected] with “Clinical Psychology” in the subject line. Complete packets will include a cover letter, curriculum vitae, statement of teaching philosophy, diversity, equity, and inclusion statement, unofficial transcripts, and three professional references that can speak about the candidate’s teaching, research, and mentoring abilities. Official transcripts, three letters of recommendation, and teaching evaluations (if available) will be required of semi-finalists for this position. To receive full consideration, apply by November 19, 2021. Applications will be reviewed beginning December 2021. Candidates must be legally authorized to work in the United States without Antioch College sponsorship. Questions related to this position can be sent to [email protected].

Antioch [College] is in a class by itself. There is no college or university in the country that makes a more profound difference in a young person’s life, or that creates more effective adults. None of the Ivies, big or small, can match Antioch’s ability to produce outstanding thinkers and doers.
-- Loren Pope, Colleges That Change Lives

Antioch College develops young people who are able to bring broad knowledge to bear upon present problems, who are resourceful, who feel a part of the whole world and are at ease within it, and who have started and don’t intend to stop on the road toward deeper understanding and effectiveness.

Under Horace Mann, Antioch College was the educational pioneer of the mid-19th century. Under Arthur E. Morgan in the mid-20th century, it began a new adventure in developing the cooperative education program that integrated full-time periods of work into each student’s education.

Today, Antioch College is starting anew. And it believes that humanity, for all its thousands, is only beginning too. Antioch College is trying still to find better ways of educating young adults for leadership in a better world than we have known before.

“Be ashamed to die until
you have won some victory
for humanity.”
- Horace Mann,
first president of Antioch College

On September 4, 2009, Antioch College made history when two years of negotiations ended with the establishment of Antioch College as an independent institution of higher education. The College’s pioneering first class enters in the fall of 2011.

The Mission
The mission of Antioch College is to provide a rigorous liberal arts education based on the belief that scholarship and life experience are strengthened when linked, that diversity in all its manifestations is a fundamental component of excellence in education, and that authentic social and community engagement is vital for those who strive to win victories for humanity.

CHARACTER
An independent liberal arts college originally founded in 1850, Antioch College is imbued with the spirit of the words of its first president, Horace Mann: “Be ashamed to die until you have won some victory for humanity.”

Antioch College believes education is a process of helping each individual to develop in his or her own way to his or her utmost capacity.

Antioch College is the only liberal arts institution in the nation to require a comprehensive off-campus cooperative work program for all of its students.

Democracy and shared governance are at the heart of Antioch College. Students are partners in governing the institution.

Citing the “Three Cs” of classroom, the cooperative work program and community, the editors at The Huffington Post named Antioch College to its list of “Top Non-Traditional Colleges.”

The Glen Helen Nature Preserve, owned by the Antioch College, was recently awarded a federal stimulus grant of nearly $300,000 to turn two buildings into models of efficiency.

Students must attain intermediate oral proficiency in a language other than their native language.

Students will work 10 hours per week during each study term. In fact, they provide the essential work force to operate the college.

WHAT MAKES AN ANTIOCHIAN
Antioch College is looking for intellectually inquisitive, diverse and innovative problem solvers to be part of its pioneer class in the fall of 2011.

Admission to Antioch College is offered on the basis of each individual student’s qualifications.

Most applicants will have studied a foreign language and successfully completed four years of math, science, social science and English while in high school.

We also look for work or volunteer experience, evidence of leadership and participation in extracurricular activities.

Students are encouraged to submit either SAT or ACT scores.

THE ARTS
The Arts curriculum at Antioch College provides students with a dynamic multi-disciplinary and collaborative grounding in Two- and Three-dimensional Studio Arts, Media Arts, and Performance. Students will be introduced to multiple perspectives and strategies of art-making including interdisciplinary, community based and global contexts both in the classroom and through their on and off-campus work experiences.

HUMANITIES
At Antioch College History centers not only on learning about what people have done in the past but also on how we in the present can uncover, make, and interpret sources in order to engage diverse audiences with interests in history.

Antioch College Literature courses include both time-honored texts and those that lie outside of the boundaries of what has been considered traditional literature. While some courses focus on a particular genre of literature, others combine fiction, drama, essays, poetry, autobiography, and narrative film.

Students who choose to pursue a Philosophy concentration will address the classic philosophical topics of the nature of knowledge and reality, the good or ethical life, the good or just society, human nature, and the nature of history.

SCIENCES
At Antioch College, the Sciences focus on our living earth. Students are offered a choice between two areas of concentration: the Health Science concentration will prepare students for either medical school or veterinary school while the Environmental Sciences concentration will prepare students for careers in environmental scientific research, science education, policy analysis from a scientific perspective, and careers in biological and life sciences.

SOCIAL SCIENCES
The Social Sciences at Antioch College focus on the institutions and functioning of human societies - examining individual roles and interpersonal relationships of individuals as members of society. There is an emphasis on real life interaction through our cooperative education program. The Social Sciences include Cultural Anthropology, Political Economy and Social Psychology.

THE WORK PROGRAM
Antioch College believes the best way to prepare students to apply theory to the “real world” is by creating a college experience that includes a continuing interplay between theory and practice. We provide a unique liberal arts context for this kind of education through our Cooperative Education program.

The program here differs from internship, externship and work term programs at other institutions because all students must complete six quarters of full-time paid work, and students must also complete an extended international co-op as part of the work program and required language study.

LANGUAGE AND CULTURE
Through the study of other languages and cultures, students gain a knowledge and understanding of the cultures that use that language and, in fact, cannot truly master the language until they have also mastered the cultural contexts in which the language occurs.

ACCREDITATION
Antioch College is undergoing a multi-phased accreditation process with the goal of achieving accreditation that will apply to the first graduating class. The College is also in discussions with accredited colleges and universities to create a partnership arrangement allowing Antioch College courses to be recognized by partner institutions for possible transfer credit.

Fields marked with an asterisk (*) are required

Send job
Apply now
You need to sign in or create an account to save a job.