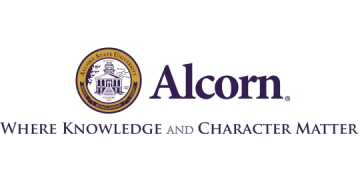 The Assistant Professor of Social Work will teach four courses per semester, continually access and evaluate student outcomes in meeting competencies of social work practice and admission to graduate school, advisement and research.

The Assistant Professor of Social Work must be able to teach across the baccalaureate Social Work curriculum, providing continuous assessment of student learning outcomes and evaluation of the social work program. The position also requires engagement in research/scholarship and service.

• Active participation in an ongoing mentoring and retention plan
• Provide advisement to Social Work students about curriculum and registration requirements for graduation
• Contribution to continual program improvement through annual evaluation of program outcomes and objectives
• Preparation of required information for quality enhancement plan
• Serve on faculty committees
• Participation in recruitment of students to the program
• Assist in ongoing program curriculum development
• Participation in service to the department, school, and community
• Active engagement in professional activities related to social work, including a demonstrated commitment to a specific research agenda
• Assist the unit in the accreditation/reaffirmation process
• Demonstrate evidence of sensitivity to an understanding of the diverse, academic, socioeconomic, cultural, disability and ethnic background of staff and students in diverse communities

• Earned doctorate in Social Work or related field, plus a MSW from a CSWE accredited school of social work, and two years, post-Masters social work practical experience required
• ABD candidates will be considered

Alcorn State University does not discriminate on the basis of race, color, religion, national origin, sex, sexual orientation, age, disability, or other factors prohibited by law in any of its educational programs, activities, services, admissions, or employment practices.

Work in noisy (above 85 decibels) areas:

EEO Statement:
Alcorn State University does not discriminate on the basis of race, color, religion, national origin, sex, sexual orientation, age, disability, or other factors prohibited by law in any of its educational programs, activities, services, admissions, or employment practices. The following offices are designated to handle inquires and/or complaints regarding non-discriminatory policies and procedures of Alcorn State University:
Complaints, inquiries, or specific requests in regard to Title IX and Section 504 directives should be made to: Title IX Office, Walter Washington Administration Bldg., Room 519A, Lorman, MS, 39096, (601) 877-6700.
Complaints, inquiries, or requests in regard to non-discrimination in employment practices should be made to: Human Resources Department, Walter Washington Administration Bldg., Room 107, Lorman, MS, 39096, (601) 877-6188
Questions, complaints, or requests in regard to ADA/ADAAA compliance in employment practices should also be made to the department of human resources.