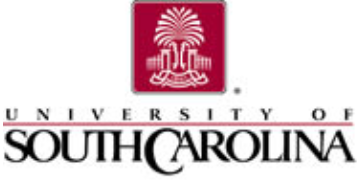 College of Arts and Sciences

About University of South Carolina:

The University of South Carolina System is comprised of the state’s flagship university in Columbia (founded in 1801 and currently one of the top 50 “Best Colleges” according to U.S. News and World Report), three regional comprehensive universities (USC Aiken, USC Beaufort and USC Upstate), and Palmetto College consisting of four two-year campuses (USC Lancaster, USC Salkehatchie, USC Sumter, USC Union and Fort Jackson/Extended University). Together, the USC System institutions offer more than 450 degree programs on campus and online and are uniquely positioned to meet the state’s educational, cultural, health and research needs. The System employs nearly 14,000 people who work daily to improve the lives of students, fellow South Carolinians and the world. Our diverse engaged faculty and staff enjoy a dynamic and intellectually stimulating work environment.

Positions are advertised for a minimum of five (5) business days on our job website. After five (5) business days, positions can be closed at the discretion of the department at any time. This position is open until filled. This employment site is updated on a regular basis. The length of the recruitment and screening process may vary from position to position, depending upon a variety of factors. Should review of your qualifications result in a decision to pursue your candidacy, you will be contacted by phone or email.

Safety/Security Sensitive or Requires a CDL: