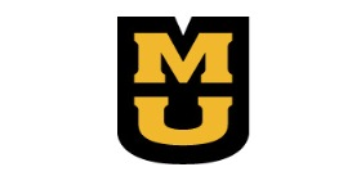 The School of Medicine is pleased to announce the opening of a Student Support Specialist II position in the Department of Neurology. This position works closely with others in the department to support the success of a variety of medical learners including medical students, residents and fellows.

Maintains program documentation, procedures, and records. Recommends purchases of materials, supplies, professional memberships, travel, and other fellowship, clerkship and residency program needs. Performs other administrative functions in support of the Department of Neurology and the Neurology medical education program. Works closely with Department Administrator and other staff to ensure success of the program. This position is cross-trained to serve as a back-up to others in the department as delegated.

Internal applicants can determine their university title by accessing the Talent Profile tile in myHR.

A Bachelor’s degree or an equivalent combination of education and experience from which comparable knowledge and skills can be acquired is necessary.

Bachelor's degree or an equivalent combination of education and experience from which comparable knowledge and skills can be acquired is necessary. At least three years of customer service or clerical/ administrative support experience. Broad and deep understanding of higher education and/or residency programs and/or health care is desired. Proficiency in MS Office including advanced skills in Word, Excel, and Outlook is a must. Knowledge of graduate medical education, human resources, and credentialing along with related policies and software programs is desired. PeopleSoft experience is preferred.

This position is eligible for University benefits. The University offers a comprehensive benefits package, including medical, dental and vision plans, retirement, paid time off, and educational fee discounts. For additional information on University benefits, please visit the Faculty & Staff Benefits website at http://www.umsystem.edu/totalrewards/benefits

The University of Missouri is fully committed to achieving the goal of a diverse and inclusive academic community of faculty, staff and students. We seek individuals who are committed to this goal and our core campus values of respect, responsibility, discovery and excellence.

Equal Opportunity is and shall be provided for all employees and applicants for employment on the basis of their demonstrated ability and competence without unlawful discrimination on the basis of their race, color, national origin, ancestry, religion, sex, pregnancy, sexual orientation, gender identity, gender expression, age, disability, protected veteran status, or any other status protected by applicable state or federal law. This policy shall not be interpreted in such a manner as to violate the legal rights of religious organizations or the recruiting rights of military organizations associated with the Armed Forces or the Department of Homeland Security of the United States of America. For more information, call the Vice Chancellor of Human Resource Services/Affirmative Action officer at 573-882-4256.

EEO IS THE LAW

To read more about Equal Employment Opportunity (EEO) please use the following links:

Working at University of Missouri

The University of Missouri was founded in 1839 in Columbia, Mo., as the first public university west of the Mississippi River and the first state university in Thomas Jefferson's Louisiana Purchase territory. Today, MU is a $2.1 billion enterprise and an important investment for the state and nation.

MU provides all the benefits of two universities in one: It's a major land-grant institution with a statewide mission of service to citizens and Missouri's largest public research university. Considered one of the nation's top-tier institutions, Mizzou is the flagship campus of the four-campus University of Missouri System. It is one of only 34 public universities, and the only public institution in Missouri, to be selected for membership in the Association of American Universities.

The state’s most comprehensive university, MU offers more than 300 degree programs through 19 colleges and schools and is one of only five universities nationwide with law, medicine, veterinary medicine and a nuclear research reactor on one campus.

Mizzou has a diverse enrollment with 35,000 students from every county in Missouri, every state in the nation and 120 countries. The favorite classroom for the best and brightest, Mizzou attracts more valedictorians, Curators Scholars and Bright Flight Scholars than any other college or university in Missouri. Twenty-six percent of MU freshmen come from the top 10 percent of their high school classes.

MU’s nationally prominent faculty bring discoveries into the classroom, publish more than 1,600 books and scholarly articles each year and spend about $235 million annually on scientific research; they account for 70 percent of the research dollars flowing to Missouri public universities. Ninety-two percent of full-time, ranked faculty hold doctorates or the highest degree in their field.

MU students are uniquely prepared for success in life as global citizens. For example, Mizzou is nationally known for its campus writing program, learning communities and first-year experiences. The National Science Foundation has recognized MU as one of the top-10 universities in the country for undergraduate research opportunities. In fact, experiential learning is an essential part of an MU degree. Real-world media experience, or the Missouri Method, in journalism and a problem-based curriculum in medicine are two examples. Students also participate in Missouri’s largest study abroad program and contribute 180,000 hours of community service each year.

Mizzou graduates more than 8,000 students annually, granting 25 percent of all bachelor's degrees, 23 percent of master’s degrees and sixty-five percent of all doctoral degrees earned at Missouri's public universities. Roughly one in three degrees are in math, engineering, information technology, health and other science fields.

Designated a botanic garden, MU’s 1,262-acre main campus features more than 42,000 plants and trees and is an important outdoor laboratory for 10 academic programs. Many university buildings are listed on the National Register of Historic Places.

Popular media consistently call Columbia, Mo., one of America’s best places to live because of its excellent quality of life. Mizzou is by far the largest employer in the area with more than 13,000 full-time employees.

Citizens across the state connect with Mizzou by participating in Extension programs in every county, visiting MU Health Care specialists, competing in state competitions in MU facilities and cheering on the Missouri Tigers at athletic events. A member of the Southeastern Conference, Mizzou's NCAA Division I athletic program has 20 sports, many ranked in the top 25 nationally.

You've come to the right place to find your new career or to make the leap to the next level. Whether you are just starting out or a seasoned professional in your field, and no matter what kind of job you are looking for, chances are that we have the right opportunity for you.

Why? Because Mizzou is not just a world-renowned educational and research institution, The University of Missouri is also one of the biggest, most versatile employers in Columbia, MO. And we don't just have first-rate faculty and students, we have first-rate staff too! Whether you are a finance professional, a plumber, a research scientist, a preschool teacher, a food services worker, a custodian, a graphic designer, or a swimming coach, working at MU means you know you are a part of something big — you're making a difference in the world.

We have it all: challenging and engaging work, a wide variety of jobs to fit your career goals, great benefits, career development and training, work-life fit, beautiful surroundings, a rich tradition and history, a sense of community and belonging, and a proven commitment to diversity in the workplace.

Here are some resources to familiarize yourself with Columbia, Mo., if you are relocating to the area: