TEST POSITION - DO NOT APPLY 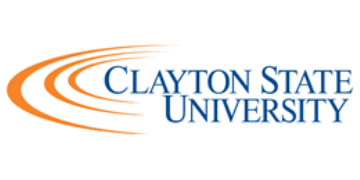 Test posting. DO NOT APPLY. Applications will not be accepted or considered.

As an outstanding comprehensive metropolitan university located 15 miles southeast of downtown Atlanta, Clayton State University has come a long way since its inception 40 years ago.

Since Downs’ retirement in January 1994, the University has had two presidents; Dr. Richard A. Skinner, who took office upon Downs’ retirement, and Dr. Thomas K. Harden, who took office in June 2000. When Harden was named chancellor of the University of Wisconsin Green Bay, Dr. Thomas J. "Tim" Hynes, Jr., was appointed interim president, starting on May 18, 2009. The current enrollment is in excess of 6,000 students and the school provides a multitude of undergraduate degree credit programs that—in the words of the university’s mission statement—provides "career-oriented education with a solid liberal arts foundation."

The past five years at Clayton State have also been highlighted by the establishment of the first joint state and federal archives facilities adjacent to campus, the institution of a comprehensive strategic planning process, the reaffirmation of the University’s accreditation by the Commission on Colleges of the Southern Association of Colleges and Schools and the opening of the Clayton State – Fayette instructional site in Peachtree City. In a six week period between August and October 2008, the University dedicated three new buildings; the University’s first student housing, the Student Activities Center and a new building for the AACSB-accredited School of Business.

Clayton State is also home to Spivey Hall, the finest small performance facility in the Southeast. First opened in 1991, Spivey Hall is known locally, nationally and internationally for presenting the best in jazz and classical music as well as an education outreach program that serves tens of thousands of school children from throughout metro Atlanta annually.