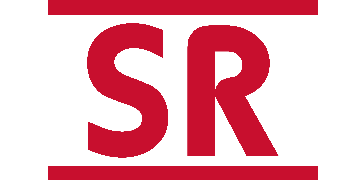 2.0 GPA
In good standing with the University

EQUAL OPPORTUNITY/AFFIRMATIVE ACTION EMPLOYER
No person shall be excluded from participation in, denied the benefits of, or be subject to discrimination under any program or activity sponsored by Sul Ross State University on any basis prohibited by applicable law, including but not limited to race, color, national origin, religion, sex, age, or disability, sexual orientation, or gender identity.

Called "Possibly the most underrated little university west of the Mississippi" by CBS's Dan Rather, Sul Ross State University in West Texas boasts a combination of small class sizes, an appreciation of both fine arts and the sciences and popular professional programs in a relaxed, friendly environment.

Who Is Sul Ross? Where is Sul Ross?
The university's name honors Lawrence Sullivan "Sul" Ross, the son of a pioneer Waco, Texas, family and a popular soldier, governor, educator and humanitarian. Founded in 1917 as a teacher college, Sul Ross continues to offer teacher education as one of its most popular programs. Others in high demand are business, criminal justice and agricultural and natural resource sciences. Sul Ross achieved university status in 1969.

The university, comprising 647 acres in Alpine, Texas, boasts a beautiful 93-acre main campus of exquisitely-detailed buildings and enjoys perhaps the most temperate climate in the state. Its situation in the Davis Mountains overlooks the center of the city below, yet it remains within easy reach of many local stores and restaurants. The university also has a 468-acre working ranch that serves its animal science programs.

Located in Del Rio, Eagle Pass, and Uvalde, the Middle Rio Grande Campuses offer upper level and graduate courses.  Our professors provide hands on learning in ways that relate to our students and their passion for higher education.  Courses are accessible via interactive television, online learning communities, and face to face classes

A Small Size, But Plenty to Do
With an enrollment of about 2,000 students on the main campus in Alpine, class sizes are small, guaranteeing a much higher level of personal attention from instructors and the university's support staff. But there's plenty for students to do in their free time: lots of student clubs and organizations, a thriving arts community and a strong athletic tradition.

Rodeo is significant part of the Sul Ross program, and the university is the birthplace of the National Intercollegiate Rodeo Association. Many team members have gone on to become world champions, and 1951 graduate Harley May is a charter member of the Professional Rodeo Cowboys Hall of Fame.