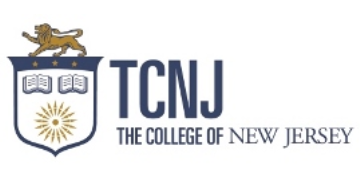 To enrich education through diversity, The College of New Jersey is an Equal Opportunity Employer. The College has a strong commitment to achieving diversity among faculty and staff, and strongly encourages women and members of underrepresented groups to apply.

The College of New Jersey is currently recruiting for a position within the Institutional Research and Analytics office (IRA). The IRA office is responsible for internal and external reporting, data governance, and business intelligence. We are looking for a Business Intelligence Analyst and Developer to help support our growing analytics efforts. This position will play a vital role in the Institutional Research & Analytics team and will be involved in developing automated reports, data visualizations and accurately providing custom requests to the campus community. Join our team of talented professionals dedicated to helping ensure accuracy, consistency and availability of data and to providing information for all decision makers and college constituents.

The College of New Jersey (TCNJ) is a highly selective institution that has earned national recognition for its commitment to excellence. Founded in 1855 as the New Jersey State Normal School, TCNJ has become an exemplar of the best in public higher education and is consistently acknowledged as one of the top comprehensive colleges in the nation. TCNJ currently is ranked as one of the 75 “Most Competitive” schools in the nation by Barron’s Profiles of American Colleges and is rated the No. 1 public institution in the northern region of the country by U.S. News & World Report. TCNJ was named the #10 value in public higher education by the Princeton Review in 2009 and, in 2006, was awarded a Phi Beta Kappa chapter—an honor shared by less than 10 percent of colleges and universities nationally.

A strong liberal arts core forms the foundation for a wealth of degree programs offered through TCNJ’s seven schools—Arts & Communication; Business; Humanities & Social Sciences; Education; Science; Nursing, Health, & Exercise Science; and Engineering. The College is enriched by an honors program and extensive opportunities to study abroad, and its award-winning First-Year Experience and freshman orientation programs have helped make its retention and graduation rates among the highest in the country.

Known for its natural beauty, the College’s campus is set on 289 tree-lined acres in suburban Ewing Township (map). The College has 39 major buildings, including a state-of-the-art library; 14 residence halls that accommodate 3,600 students; an award-winning student center; more than 20 academic computer laboratories; a full range of laboratories for nursing, microscopy, science, and technology; a music building with a 300-seat concert hall; and a collegiate recreation and athletic facilities complex. TCNJ has a full-time undergraduate enrollment of approximately 6,400 students (95 percent from New Jersey).

The College of New Jersey encourages students to expand their talents and skills through more than 150 organizations that are open to students. These groups range from performing ensembles and professional and honor societies to student publications, Greek organizations, as well as intramural and club sports. The College also offers numerous leadership opportunities through the Student Finance Board, Student Government Association, and Residence Hall Government to name a few.

High achievement and scholarship in the classroom have been mirrored by the success of The College of New Jersey’s varsity student-athletes. Since the 1978–79 Lion wrestling team captured the College’s first National Collegiate Athletic Association (NCAA) team championship, TCNJ has established itself as one of the nation’s most successful Division III (non-athletic scholarship) programs. Since 1979, The College of New Jersey has amassed a total of 39 Division III crowns in seven different sports. In addition, the Lions have posted 32 runner-up awards, giving the College an aggregate of 71 first- and second-place finishes. That figure is tops among the nation’s 400-plus Division III colleges and universities during the past 30 years. The Lions have also produced 58 Division III CoSIDA First Team Academic All-Americans.

As impressive as the overall athletic record is, TCNJ’s accomplishment as a leader in women’s sports is even greater. Since NCAA Championships were initiated for women in 1981, only TCNJ has won 32 Division III team championships. The total does not include the Lions’ lacrosse championship in 1981 or the softball championships in 1980 and 1981, which were sponsored by the AIAW (Association for Intercollegiate Athletics for Women) prior to women’s sports inclusion in the NCAA. In the fall of 1999, TCNJ’s women’s athletic program was voted as the top Division III institution for female student-athletes by Sports Illustrated for Women.