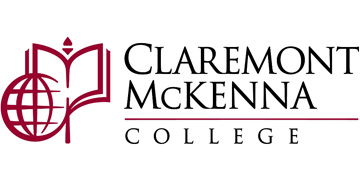 Position DetailsPosting ID:16071Position Title:Assistant Professor of SpanishCategory:Tenure-trackDepartment:Modern Languages and LiteraturesDepartment URL:https://www.cmc.edu/modern-languages Description:The Department of Modern Languages and Literatures at Claremont McKenna College invites applications for a tenure-track Assistant Professor of Spanish starting on July 1, 2022. Applicants should have a specialization in Latin America and a commitment to developing a vibrant program of research and teaching for the study of the cultures of the African diaspora in Latin America in the areas of literature, history, cinema, art, music, etc. Given the unique needs of our institution as a part of the Claremont Colleges, we will give priority to Latin Americanists who work on African diaspora cultures in South America or Central America. In addition, candidates should be prepared to teach all levels of Spanish language within our program. We seek applicants who have a demonstrated excellence in teaching at the undergraduate level, both in cultural studies and in Spanish language at all proficiency levels. Native or near-native proficiency in Spanish is required. Candidates must have a Ph.D. in Spanish in hand by the time of appointment.

CMC will give priority to candidates who demonstrate a strong commitment to diversity in one or more of the following areas: curricular contributions, research, and/or teaching methods; the ability to work with diverse constituencies; a record of sustained interaction with students, colleagues, and/or community members with broadly different perspectives, experiences, as well as racial, ethnic, gender, sexuality, socioeconomic or other backgrounds; the ability to bridge divides and/or work with others who are different from the candidate in key ways; experience in building opportunities for students, colleagues, and/or community members to learn from multi-cultural, multi-perspective settings; and a commitment to help the College become more diverse and inclusive.

Claremont McKenna College is an equal-opportunity employer. In a continuing effort to enrich its academic environment, the department actively encourages applications from women and members of historically under-represented social groups in higher education.Procedures
and Timetable:Upload (1) a cover letter, (2) a curriculum vitae, (3) selected evidence of excellence in teaching (4) a research statement and a writing sample (a short article or paper), (5) a statement of your proposed approach to teaching in a liberal arts setting, (6) a statement on promoting diversity, equity, and inclusion in a liberal arts environment, and (7) the names and e-mail addresses of three references; an email will be automatically sent to them with a link to upload their recommendation letter. The search committee will review only complete applications.

Inquiries regarding the position may be emailed to Professor Salvador Velazco at [email protected] The deadline for receiving applications will be November 1st of 2021, and the position will remain open until filled. Preliminary interviews will be held via Zoom in early January. Campus interviews will follow in early February.

As one of the nation's most selective private liberal arts colleges, CMC sits among the intellectually-stimulating, socially-fulfilling, seven-college community known as The Claremont Colleges, a system modeled after England's Oxford University. Founded in 1946, CMC is the youngest of the nation's top colleges and enrolls approximately 1,200 students.

Claremont McKenna College (CMC) educates its students for thoughtful and productive lives and responsible leadership in economics, government and public affairs. CMC's strong grounding in the liberal arts, together with its emphasis on economics, government, and international relations, attracts students who approach education pragmatically and who intend to make a difference in the world. With this broad-based foundation graduates leave CMC well prepared for the challenges of the 21st century. Many go on to pursue careers in law, business, government, foreign service, international relations, public policy, museum administration, science and education, or to pursue graduate study.

The College's cutting-edge research institutes provide students unprecedented opportunities to work alongside their professors and discover how what they learn in the classroom links to life in the world behond. The world comes to Claremont McKenna through a vibrant and renowned speakers series in which world leaders, thinkers, artists and visionaries visit campus through the Marian Miner Cook Athenaeum and other public programming.

In September 2007, Robert A. Day, the Founder and Chairman of The TCW Group, Inc., pledged a $200 million personal gift to establish the Robert Day School of Economics and Finance and its unique programs. This was the largest recorded gift to a liberal arts institution, the largest gift in the field of finance and economics, and among the top 20 largest gifts ever given to a college or university. Through his generosity, the Robert Day School of Economics and Finance now offers multiple programs, including a Master of Arts in Finance degree.

While many other colleges champion either a traditional liberal arts education with emphasis on intellectual breadth, or training that stresses acquisition of technical skills, Claremont McKenna College offers a clear alternative. Instead of dividing the liberal arts and the working world into separate realms, education at Claremont McKenna is rooted in the interplay between the world of ideas and the world of events. By combining the intellectual breadth of the liberal arts with the more pragmatic concerns of public affairs, CMC helps students to gain the vision, skills, and values necessary for leadership in all sectors of society.

In addition to its dedication to teaching and learning, the College is a center for scholars who are engaged in research that can enlighten a society intent on finding solutions to its economic, political, social, and environmental problems. Ongoing research at CMC is contributing to the body of knowledge in areas such as the effects of government regulations upon the economy, toxic waste, juvenile justice, changes of enzyme systems in humans, and the ecology of desert regions.

The Research Institutes are perhaps our clearest example of the linkages forged at CMC between research, teaching and learning. Here, students serve as assistants to, and collaborators with, their teachers, co-authoring scholarly articles and presenting papers to academic bodies, corporations, political organizations and government agencies. They test theories in the public marketplace and actively seek answers to questions of broad social importance.

In recent years CMC has gained national recognition as one of the top liberal arts colleges in America. This recognition can be attributed, in part, to CMC's mission which acknowledges its obligation for service to the larger scholarly community through faculty contact with business and with government, a process that enriches both the outside world and the campus itself. Also contributing to CMC's national reputation are the accomplishments of its almost 8,000 alumni. Today, about seventy percent of CMC's graduates go on to advanced degrees at prestigious institutions, and one in eight graduates holds a position in top management.