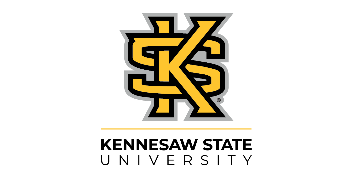 About Us
A leader in innovative teaching and learning, Kennesaw State University is one of the 50 largest public institutions in the country. KSU offers more than 150 undergraduate, graduate and doctoral degrees to its more than 41,000 students. With 11 colleges on two metro Atlanta campuses, Kennesaw State is a member of the University System of Georgia and the second-largest university in the state. The university's vibrant campus culture, diverse population, strong global ties, entrepreneurial spirit, and Division I athletics draw students from throughout the region and from 92 countries across the globe. Ranked a top choice for students by U.S. News, Kennesaw State is a Carnegie-designated doctoral research institution (R2), placing it among an elite group of only 6 percent of U.S. colleges and universities with an R1 or R2 status.

Department Information
The Southern Polytechnic College of Engineering and Engineering Technology is the second largest engineering college in Georgia with nearly 5,000 students. Students receive hands-on learning experiences from industry-expert faculty in the University's state-of-the art facilities to produce Georgia's next generation of integrated engineers, with technical knowledge, intellectual depth, and experience in professional skills. With two programs in the Top 20 largest programs, the college has the third largest African American student enrollment among engineering colleges. Recently named among the 100 best engineering programs without a Ph.D. program in U.S. News & World Report. For more information related to the college, please visit the website at https://engineering.kennesaw.edu/index.php.

The Engineering Technology Department consists of 400 students and over 14 full-time faculty members who are committed to student success. The faculty are committed to delivering a nationally recognized program. Scholarship in the Department spans both industry- and government-funded research projects focused on practical application of engineering principles. The faculty have expertise in areas that include additive manufacturing, engineering materials, nondestructive testing, mechanism design, product development, prototyping, mechanical design of automated manufacturing systems, biomedical applications, engineering design graphics, as well as teaching and learning in engineering education. For more information related to the department, please visit the website at https://engineering.kennesaw.edu/engineering-technology/

Job Summary
Kennesaw State University is now accepting applications for a pool of open rank, part-time Welding faculty positions in the Department of Engineering Technology. Rank is determined at the time of hiring and will be commensurate with experience.

Responsibilities
Teaching responsibilities specifically include one or more courses and/or laboratories in welding and fabrication for engineers.

Review of the applications is ongoing. This position is renewable.

Founded in 1963, Kennesaw State University (KSU) is the third-largest in the University System of Georgia with more than 22,500 undergraduate and graduate students representing 142 countries.

KSU is located just northwest of Atlanta in Cobb County near historic Kennesaw Mountain, allowing students to experience the best of Atlanta while enjoying the serenity of a 384-acre, beautifully landscaped pedestrian-friendly campus.

Additionally, nursing students from Kennesaw State have one of the highest passing rates on the statewide licensing exam and are highly sought-after in the medical community, while the College of Education is the second-largest preparer of teachers in the state. The Executive MBA program, housed in the Coles College of Business, is the second-largest program in the country and has been recognized by BusinessWeek.

KSU’s national reputation has gained steam and has been recognized by U.S. News & World Report for the past two years as an “Up-and-Coming Masters University in the South,” ranking among the top ten (8th) in the 2010 issue of “America’s Best Colleges.” In addition, the university’s First-Year Experience has been named an “Academic Program to Look For” by U.S.News for seven consecutive years and was named one of 12 founding institutions in a project called "Foundations of Excellence in the First Year of College."

The university has committed itself to expanding the global experience of students, faculty and staff through its Quality Enhancement Plan (QEP), known as the "Global Learning for Engaged Citizenship" initiative, which began in 2007. This program focuses on increasing opportunities for international learning experiences. In spring 2009, KSU awarded its first Global Engagement Certification to graduate and undergraduate students. This certification recognizes students’ achievements in learning global perspectives and developing intercultural skills.

As a destination campus, KSU offers students plenty of opportunities to experience campus life by participating in more than 150 student groups and organizations, including student government, sororities and fraternities, club and intramural sports, social and special-interest organizations, student publications and honor societies.

Kennesaw State University has been recognized as one of the top universities in the country by the Chronicle of Higher Education’s “2009 Great Colleges to Work For.” KSU was recognized among the top 10 schools in six categories – confidence in senior leadership, teaching environment, collaborative governance, professional/career development programs, physical work space conditions and post-retirement benefits.