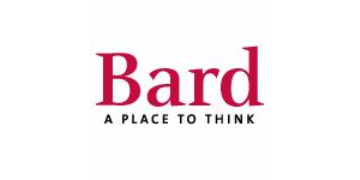 Bard CollegeAdmission Counselor, CaliforniaEmployer Website: https://apply.interfolio.com/89271
An Admission Counselor is responsible for representing Bard College to multiple constituencies, including prospective students and their families, Bard Alumni/ae, and school/community contacts. Reporting to the Director of Admission this counselor engages in recruiting initiatives and follow-up to meet application and enrollment goals. A counselor manages planning and follow-up of recruitment activities including high/secondary school visits, college fairs, prospective family and counselor receptions, admitted student and family events and individual meetings and interviews for assigned geographic areas. Secondary responsibilities include new recruitment program development and implementation, and other duties as assigned.

The territories of the California-Based Counselor are focused primarily on travel areas within the state of California but also include travel to and within surrounding states. The California-Based Counselor must live in California in order to easily connect with students, families and college counselors from the state interested in Bard College. Remote counselors are often required to train on the Bard College campus in Annandale-on-Hudson, NY for 6-12 months.

Description of Duties: Other duties as assigned: Experience, Skills & Education: To Apply
Please submit a cover letter, resume, a diversity statement and the contact information for three references by following this link to Interfolio.com: http://apply.interfolio.com/89271

Bard offers courses of study in four divisions—Arts; Languages and Literature; Science, Mathematics, and Computing; and Social Studies—and in interdivisional programs and concentrations. Students may also earn a five-year B.S./B.A. degree in economics and finance. The Bard College Conservatory of Music offers a five-year program in which students pursue a dual degree—a B.Music and a B.A. in a field other than music. Bard and its affiliated institutions also grant the following undergraduate degrees: A.A. at Bard High School Early College; A.A. and B.A. at Bard College at Simon’s Rock: The Early College; and through the Bard Prison Initiative at six correctional institutions in New York State.

More than 200 students are seeking graduate degrees: M.A. in curatorial studies, M.Music in vocal arts, conducting, and curatorial, critical, and performance studies, and M.S. in environmental policy, climate science and policy, and economic theory and policy at the Annandale campus; M.F.A. and M.A.T. at multiple campuses; M.B.A. in Sustainability in New York City; and M.A., M.Phil., and Ph.D. in the decorative arts, design history, and material culture at the Bard Graduate Center in Manhattan. M.Music degrees are also offered at the Longy School of Music of Bard College in Cambridge, Massachusetts.

Campus life in Annandale is vibrant, with world-class performing arts venues; continuous and varied student activities; and numerous cultural and recreational opportunities in the surrounding historic Hudson River Valley and in New York City. Students choose from more than a hundred active clubs on campus, and new clubs begin every semester. The Bard College athletic teams are the Raptors. The College’s colors are red and white. The critically acclaimed Bard Music Festival is presented on campus each summer, exploring the life and work of a single composer through chamber music, choral and orchestral performances, symposia, panel discussions, and preconcert talks. Since 2003 the festival has been part of Bard SummerScape, which annually presents operas, films, and theatrical productions that complement the festival’s theme.