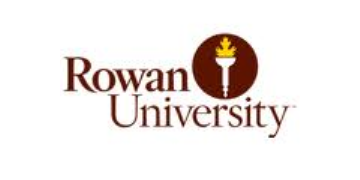 Within the Rohrer College of Business (RCB) there is a Center for Professional Development focused on helping business students to become “career ready”. Students will graduate with the necessary skills to navigate the job search process, exhibit professionalism and begin a career in their chosen field through: course embedded career development their first year through senior year, career readiness education, daily drop-in hours for career-related questions, career coaching, mock interviews and a multitude of opportunities for employer engagement on and off-campus. The Center seeks to engage students early and often resulting in individuals that graduate with the poise and professionalism to stand out in a crowded career market.

The Rohrer College of Business has eight undergraduate business majors and two graduate programs comprised of nearly 2,500 students. The Rohrer Center for Professional Development (RCPD), located within the College of Business is seeking an individual to assist with both career coaching and facilitation of professional development activities and events for the students. The Career Development Coordinator will be responsible for administering and supporting career programs and services, building relationships with constituents, managing and growing the College of Business Internship Program, and implementing student programming initiatives.

The primary duty of this role is to provide career coaching through 15-minute walk-in sessions and scheduled appointments to our undergraduate population and graduate population, as needed. Discussion topics range from major/career exploration, to job/internship search, to interviewing and networking skills, mock interviews as well as career development and event prep. The ideal candidate will have a background in career counseling or transferrable skills and will ideally have a familiarity with business careers and the market in the Philadelphia tri-state region.

This role will also assist in facilitating weekly career workshops held virtually and in person to prepare students for upcoming career events and the job/internship process from beginning to end. The Career Development Coordinator will be charged with revitalization of existing career workshop and student materials (i.e. resumes/cover letter samples, guides and handouts for career tools) to incorporate new ideas and tailor to specific industries, class years and majors. It will be critical that the candidate selected for this role stay up to date on college hiring needs and campus recruitment trends and tools available for students. A partnership between the Career Development Coordinator and the Employer Relations Associate will be important so that they can ensure professional development and career events are in sync with business trends and employer needs. The Coordinator will also partner with departments within the Rohrer College of business as well as other colleges and departments to ensure that the career development being offered by the RCPD is consistent with other groups and in line with department and college goals.

Applicants must possess a genuine interest in helping students to become career ready and have ability and skills to conduct career coaching appointments with students at various levels. They must also have the ability to build relationships across different groups and demographic profiles at Rowan and beyond. This role will have direct exposure to Rohrer College of Business faculty, business school administration and leaders at Rowan. This position will work closely with the Office of Career Advancement and other colleges at Rowan University, as appropriate. This position will require some nights when there are key events.

Rowan University, located a half-hour outside of Philadelphia with its main campus in suburban Glassboro, N.J., is an institution on the move.

Rowan continues to work with the Borough of Glassboro and private developers on Rowan Boulevard, a $300 million redevelopment project that links the University’s main campus to the historic downtown. This fall alone, the partners broke ground for a new academic building/parking garage and a Marriott Courtyard Hotel. Rowan Boulevard already includes a Barnes & Noble Collegiate Superstore, housing for approximately 1,300 students and retail space.

Earlier in 2012, New Jersey Gov. Chris Christie awarded Rowan state research institution status (not Carnegie classification) as part of the New Jersey Medical and Health Science Education Restructuring Act, making Rowan only the second comprehensive public research institution in the State. That Act also opened the door to Rowan partnering with Rutgers-Camden to create a College of Health Sciences in Camden near CMSRU. The vision for that College calls for schools of medicine, nursing, pharmacy, public health, food science and 16 allied health programs. The University of Medicine and Dentistry of New Jersey’s School of Osteopathic Medicine in nearby Stratford, N.J., is to become part of Rowan in the near future. When that occurs, Rowan will be only the second school in the nation with M.D. and D.O. medical programs.

A selective, medium‑sized public university, Rowan is recognized for its nationally ranked academic and athletic programs, talented professors and high‑tech facilities. The University, which has a branch campus in Camden, N.J., and the South Jersey Technology Park at Rowan University in Mantua, N.J., prides itself on being able to provide its more than 12,000 students with an outstanding education at an exceptional value.

The University offers 57 undergraduate majors, including four undergraduate degree-completion programs; three dual bachelor’s/master’s degrees; more than 40 master’s level programs (including specializations); approximately 25 graduate-level certificate programs; 12 post-baccalaureate programs or endorsements; and two doctoral/specialist programs, including the M.D. degree from its medical school. Students can pursue their degrees at the main campus, the Camden campus, online or at several community colleges, as well as at CMSRU.

Rowan has been recognized by national organizations that evaluate colleges and universities. U.S. News & World Report ranked Rowan 19th among Best Regional Universities—North, third among the public institutions in the category. The Princeton Review named Rowan among 222 institutions in its Best in the Northeast section of its website feature 2013 Best Colleges: Region by Region and included the Rohrer College of Business in its edition of the Best 296 Business Schools. The Princeton Review also listed Rowan, which in the past has been recognized by the U.S. EPA as a Top Green Power Purchaser in its athletic conference, in its Guide to 322 Green Colleges: 2012 Edition.

Recognizing that employees, students and the community are valuable resources, Rowan’s Human Resources Department supports the University’s vision and mission; encourages the personal and professional enrichment of employees; provides services appropriate to employees’ needs; and promotes awareness, learning and collaboration.