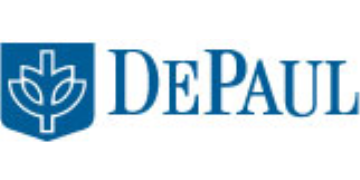 The Department of Public Policy Studies within the College of Liberal Arts and Social Sciences at DePaul University invites expressions of interest in part-time faculty teaching opportunities. Part-time teaching opportunities are available throughout the academic year. Applicants with expertise that matches course scheduling needs will be contacted for an interview. Academic course schedules fluctuate from quarter to quarter and the department will work with selected individuals to determine a quarterly schedule. Courses are not guaranteed; however the Department does its best to give ample notice about available courses and potential course cancellations.

Required Qualifications:
MA in Public Policy or related field. If candidate does not possess an MA in related field then an MA and relevant work experience greater than two years.

The candidate must have demonstrated experience in working in teaching in an diverse learning environment.
Special Instructions to Applicants:
This posting is for undergraduate, introductory-level courses in the following areas: -Urban Policy -Environmental Policy -Housing Policy -Education Policy

Please visit the following URL for information about the program and course offerings: