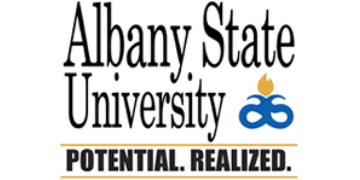 Posting DetailsPosting Number: 0601266 Position Category: Assistant / Associate Professor Computer Science Job Title: Assistant / Associate Professor Computer Science Position Code: 00202X Position Type: Faculty Department: Mathematics & Computer Science Nature of Work: The individual filling the position will teach undergraduate courses with an average teaching load of fifteen (15) credit hours per semester. Training and Experience: A graduate degree, PhD or Master's Degree is required along with at least two (2) years of applicable teaching experience at the collegiate level. A strong record of teaching, particularly with diverse populations is desired. Testing Requirements:Illustrative Examples of Work: The successful candidate must demonstrate excellence in teaching and have a commitment to integrating new technologies in the learning process and the ability to inspire, motivate and empower students to succeed. Responsibilities include teaching both introductory and advanced level courses, preparing and delivering lectures in face-to-face and online environments, leading and moderating classroom discussions and administering and grading examinations. Additional essential duties will include advising and mentoring students and participating in campus events. This is a tenure track position. Posting Date: 04-13-2021 Closing Date:
(Screening of applications will begin at date shown and will continue until the position is filled.) Open Until Filled FTE: 1.0 Special Instructions to Applicants:Funding Source: General Operating (State) Number of Openings: 1 If Other, please denote the Name of a Grant: N/A Fringe Benefits:Salary: $59,000 to $63,000 Physical DemandsFacts About the Institution: Albany State University is a fully accredited senior unit of the University System of Georgia. Employees receive benefits provided by the University System of Georgia, including, but not limited to, medical and major medical insurance, group life insurance, participation in the Georgia Teachers' Retirement System, Optional Retirement Plan (Faculty and exempt employees only), Social Security and Tuition Assistance Program after six months of employment.

The University is committed to insuring equal opportunity to all students, employees, and applicants for employment or admission without regard to race, color, religion, sex, national origin, age, veteran status, physical or mental disabilities, or sexual orientation. It is the policy of Albany State University to comply with all federal laws, including the Age Discrimination Act of 1975, Section 504 of the Rehabilitation Act of 1973, Title II of the Americans with Disabilities Act (ADA) of 1990 (Title II), Title IX of the Education Amendments of 1972 (Title IX), Title VI of the Civil Rights Act of 1964 (Title VI), Executive Order (E.O.) 11246, and all subsequent amendments and implementing regulations which prohibit discrimination as above described. In accordance with the requirements above, Albany State University affirmatively states that it does not discriminate on the basis of race, color, religion, sex, age, veteran status, disability or national origin in its employment and/or educational programs and activities. Albany State University is an Affirmative Action/Equal Opportunity Institution.

Albany State University is a four-year institution in southwest Georgia offering undergraduate and graduate liberal arts and professional degree programs, and a wide range of outreach programs to the community. Albany State University is located in Albany, a progressive city of 100,000, on a 206-acre campus featuring impressive new buildings. The school has gained a reputation as the "Unsinkable Albany State" after surviving two major floods.

Both traditional and non-traditional students make up the more than 4,000 students who attend Albany State. They come primarily from southwest and middle Georgia, Atlanta, other states in the U.S., and several foreign countries. The average student age is 24 and about 40 percent of the students live in on-campus housing.

Albany State offers more than 30 undergraduate degree programs, of which the most popular majors are biology, criminal justice, computer science, middle-grades education, business administration and nursing. The University offers six advanced degrees: the master of science in criminal justice, master of public administration, master of business administration, master of science in nursing, master of education in 11 majors, and an education specialist degree. The university also offers the Board of Regents' engineering transfer program and the dual degree program in engineering with Georgia Tech.

A historically black institution, Albany State was founded in 1903 as the Albany Bible and Manual Training Institute and supported by private religious organizations. It remained privately supported through 1917, when it began to receive state support and became the Georgia Normal and Agricultural College. It continued to grow and in 1932, when the Board of Regents was established, it became part of the University System of Georgia. The mission was expanded in 1943, and it became a four-year college and assumed the name Albany State College. In 1981 the college offered its first graduate program and in 1996 its name was changed to Albany State University.