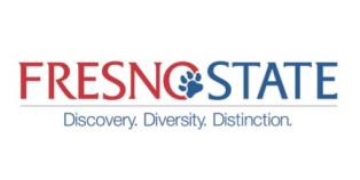 To view full job description including minimum qualifications and to apply online: http://jobs.csufresno.edu/

Note: Coaching positions are not tenure track and do not guarantee future employment rights.

Overview:
Assist head coach in individual athlete and team training, game preparation, academic schedules and performance, equipment management and distribution, camp and clinic planning and execution. Assist with effective recruitment of student-athletes that will contribute to the success of the program athletically, academically, and culturally. Must embody a growth mindset and have the capability to embrace difficult situations, conversations, and experiences with a positive attitude.

Founded in 1911, Fresno State has evolved into a nationally acclaimed university with an impressive faculty who are educating future leaders and advancing world-class research.

Academic excellence is central to the mission of California State University, Fresno. Fresno State offers upwards of 60 undergraduate degrees, approximately 40 masters' degrees, and a handful of doctoral programs through 50-plus departments organized into eight academic schools and colleges.

The university employs a diverse faculty and staff who bring to the campus a wide range of ideas and customs reflecting our ever-changing world.

The university also attracts millions of dollars to fund critical research on topics ranging from air pollution to water conservation.

Fresno State contributes more than $800 million to the economy of our region. This impact sustains 15,300 jobs in the region, and generates more than $44 million per year in tax revenue.

Fresno State will power the economy and culture of 21st century Central California - the region known as the New California.

As the sixth-largest city in the Golden State, Fresno is nestled in California's Central Valley which boasts a population of just over 1 million. The surrounding San Joaquin Valley is one of the richest agricultural areas in the world.

Little more than an hour from campus are Yosemite, Sequoia and Kings Canyon National parks. These natural wonders offer year-round outdoor fun with many clear mountain lakes for boating and fishing. Fresno is a comfortable drive from San Francisco, Los Angeles, Lake Tahoe and the Pacific Coast.

With a deep connection to the land, there is little wonder that Fresno State is on the cutting edge of environmental awareness and sustainability. Parking shelters topped with photovoltaic solar panels generate about 20 percent of the university's base demand. Going 'green' is a priority at Fresno State. The campus farm gives students hands-on training in agriculture, from livestock to vineyards. Fresno State is the first university to establish a commercial winery on campus and the wines have won prestigious awards worldwide.

The beauty of the Fresno State campus is enhanced by more than 4,000 trees in over 100 varieties. In 1978, the campus was named an arboretum.

The jewel of the campus is the beautiful $105 million state-of-the-art Henry Madden Library, the largest library in the California State University system and the biggest academic library between Los Angeles and the Bay Area.

The Smittcamp Family Honors College is one of the most comprehensive academic honors program at any university in California and draws the best and the brightest students.

Fresno State boasts some of the best sports programs in the California State University system.

California State University, Fresno is a campus rich in cultural and intellectual diversity where great ideas and unlimited imagination are encouraged. We are looking for creative, inquisitive and dedicated people to carry our traditions forward to new generations of students.

Careers at Fresno State provide the opportunity to work along side some of the best minds in the country. We offer exceptional possibilities for those with the curiosity, intelligence and drive to succeed. More than 2,500 jobs in over 80 different career fields are represented on campus.

Consider becoming part of a community whose members work together to create knowledge, connect to the world, and further their sense of identity and direction. An environment that inspires discovery and encourages collaboration. Consider California State University, Fresno.