Like many small, private, selective liberal arts colleges located in remote rural communities, Whitman College has historically struggled to achieve the diversity amongst its staff, faculty and students reflected in the larger world. 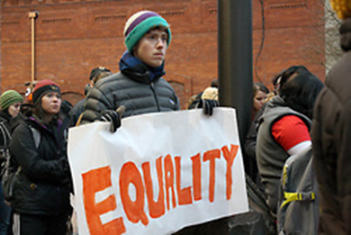 But we believe the intellectual, ethical, and social development of our students is best served when the academic community in which they live and study reflects the increasingly diverse world into which they will graduate.  To that end, Whitman’s efforts in recent years strongly demonstrate the College’s determination to extend its commitment to diversity, equity, and inclusion.  Following are a few, but not all, of the actions undertaken.

An Organizational Strategy for Diversity

Strengthening Support for Diversity and Inclusion 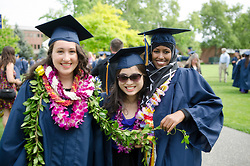 Looking to the Future

The concluding words of the Whitman Diversity Strategic Plan best capture the spirit of the institution’s commitment to improving diversity, equity, and inclusion…

“This is a living document to be engaged by all constituents. This plan cannot be the creation of a few people in a room, it has to be a collective labor of love that looks forward to the future with hopeful anticipation of what Whitman will become.  Brad McMurchie [Chairman of the Board of Trustees] captured the essence of what is at stake here in his remarks to the board in February 2016:

“…Finally think about the fact that by the year 2025 roughly half of all high school graduates will be students of color…we will depend on attracting and retaining these students for our survival. When I look at this complexity and diversity and my gaze goes to the horizon, I think what a great opportunity. What a great chance for the richness of a Whitman education to become even richer…I believe we will need to think about the structures, physical and programmatic that will need to evolve to prepare for this new age…”